California in Your Future

These graphics from Bloomberg gave the incredible scale of California's epic drought and heat wave. The first shows temperatures well outside the range of recent experience: 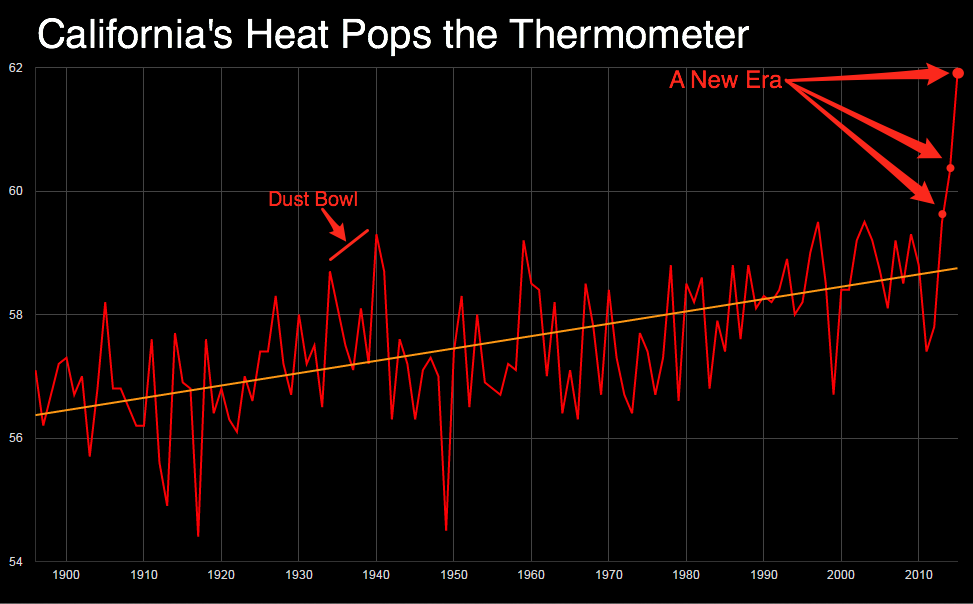 The next chart shows a drought measure called the SPEI, which takes account of both rainfall and heat. In weather charts, as in stock charts, it's generally not good to be on the bottom right of the panel. That means you're toast. 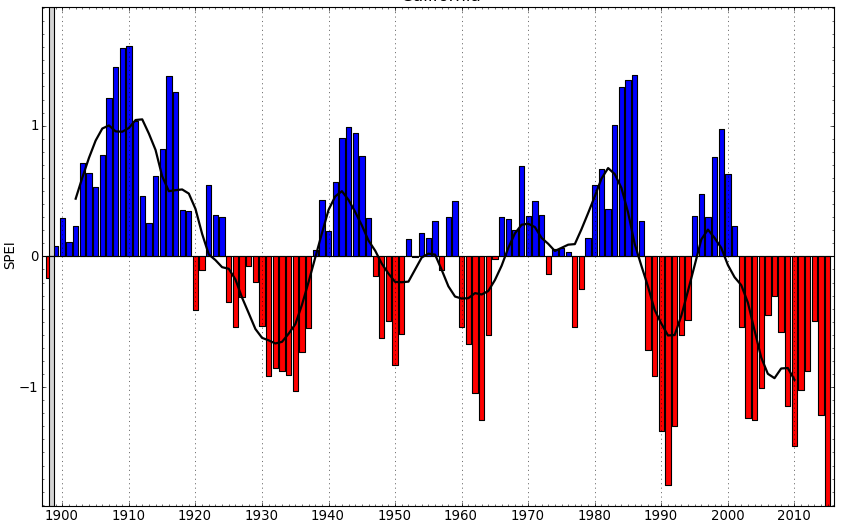 The drought is also conveyed in a series of moving figures from 2011 to 2015: here is a snapshot of the last in the sequence: 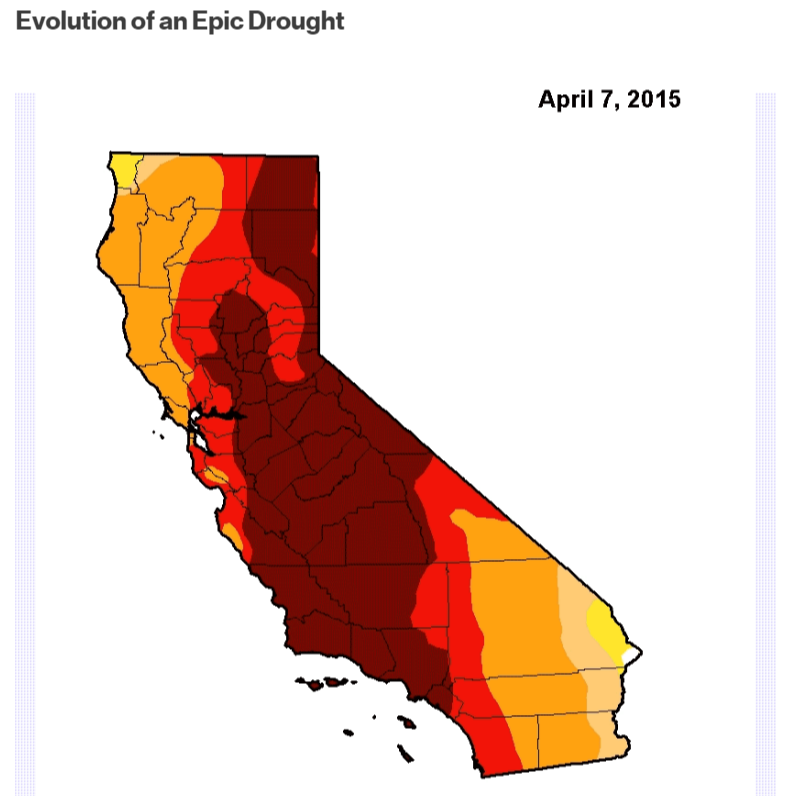 
More than 44 percent of the state is now in “exceptional drought” (crimson). It’s a distinction marked by crop and pasture losses and water shortages that fall within the top two percentiles. California has seen droughts before with less rainfall, but it's the heat that sets this one apart. Higher temperatures increase evaporation from the soil and help deplete reservoirs and groundwater. The reservoirs are already almost half empty this year, and gone is the snowpack that would normally replenish lakes and farmlands well into June.