A new report from the Energy Information Administration shows net oil export revenues for OPEC over the last 45 years. The graph excludes Iran, noting difficulties in estimating Iran's earnings. Oddly, the EIA seems not to include Iranian data for the entire 45-year period; they would have done better to make an estimate for the last few years than to eliminate Iran from the whole series. 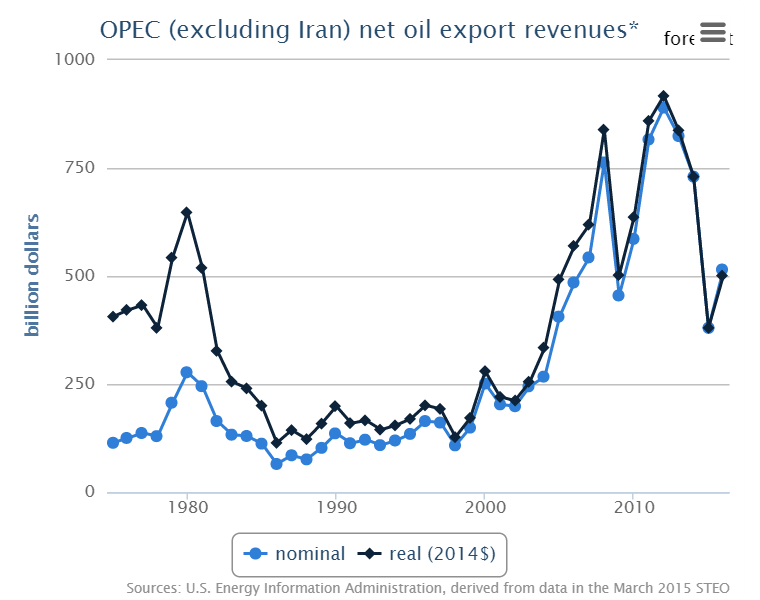 Despite this omission, the graph speaks volumes. It shows the return of the energy crisis in the last decade, outdoing even the first great go round in the 1970s. It gives a vivid picture of the explosion in energy prices from $10 a barrel in 1998 to $145 a barrel in the summer of 2008--inducing shocks that played a significant role in precipitating the Great Recession. The figure also shows how volatile the energy sector has been over the last ten years. Two spectacular rises, two spectacular falls, all in less than a decade.

OPEC oil revenues also have played a key role in shaping the US current account balance, especially in the last decade. The following graph from the Council of Economic Advisors (November 2014) shows that the current account balance had two great lurches downward in the 1980s and 1990s. Then it fell yet further the following decade, driven especially by the increasing price of oil. 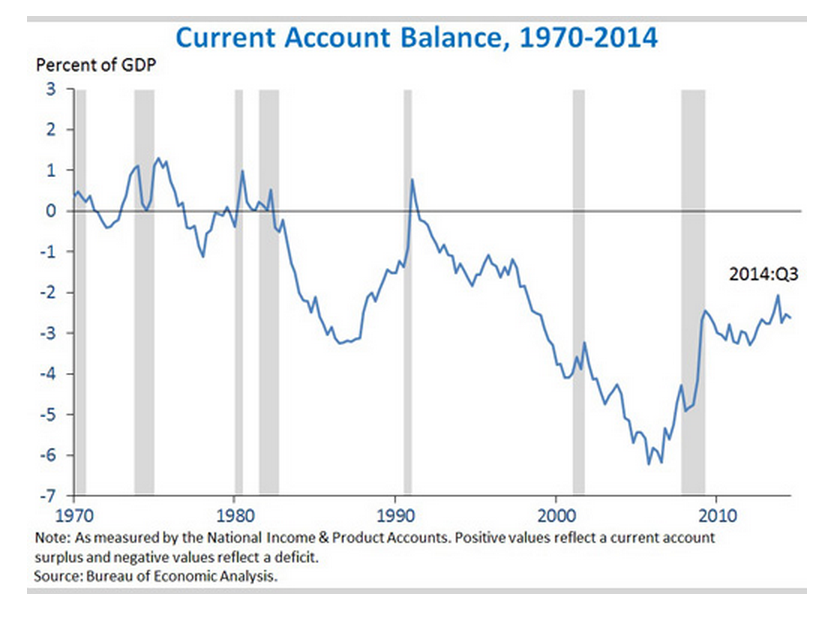 After 2010, the current account balance would have headed back down were it not for the shale revolution in America, which added 4.5 million barrels per day of new production in four short years. Now, with the price of oil falling by fifty percent over the last six months, there have been corresponding improvements to the US current account. But though the effect of the price collapse on the US balance of payments has been dramatic, its effect on US oil production remains very uncertain. Most forecasts foretell a stoppage of growth, not a decline of production. We shall see.