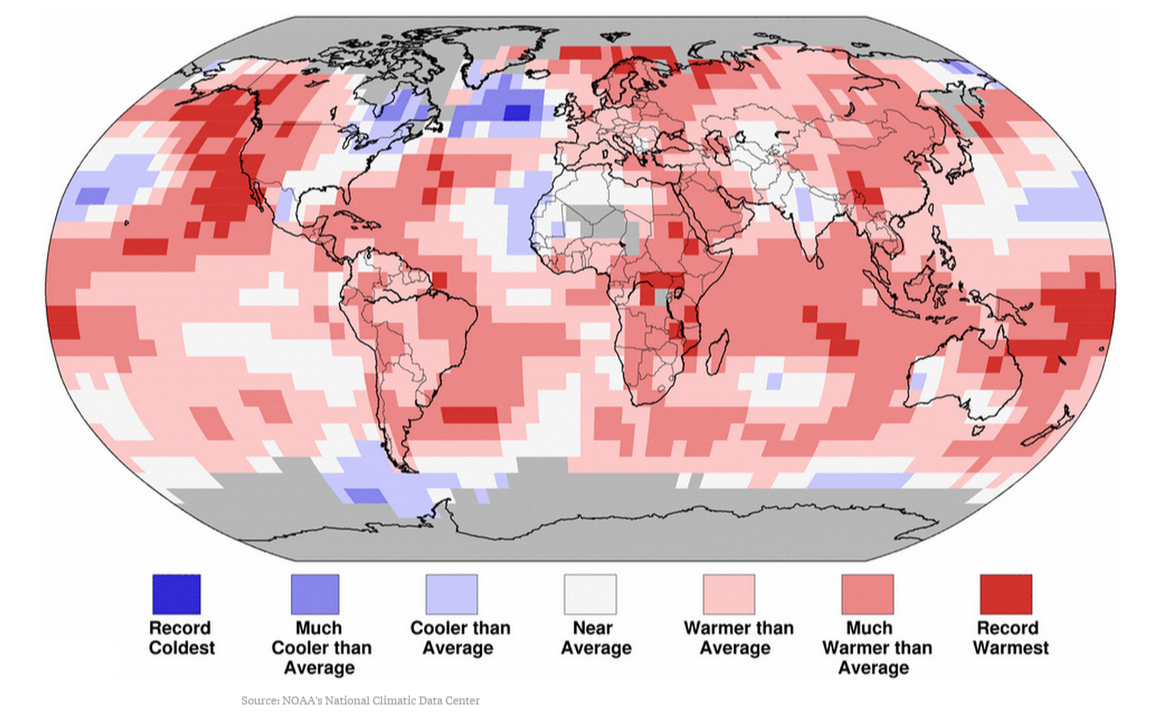 Tom Randall and Blacki Migliozzi, Global Temperature Records Just Got Crushed Again, BloombergBusiness, April 17, 2015. The piece also includes an illuminating animation recording monthly temperature measures for about 135 years. This is a screenshot of the most recent image from March 2015. 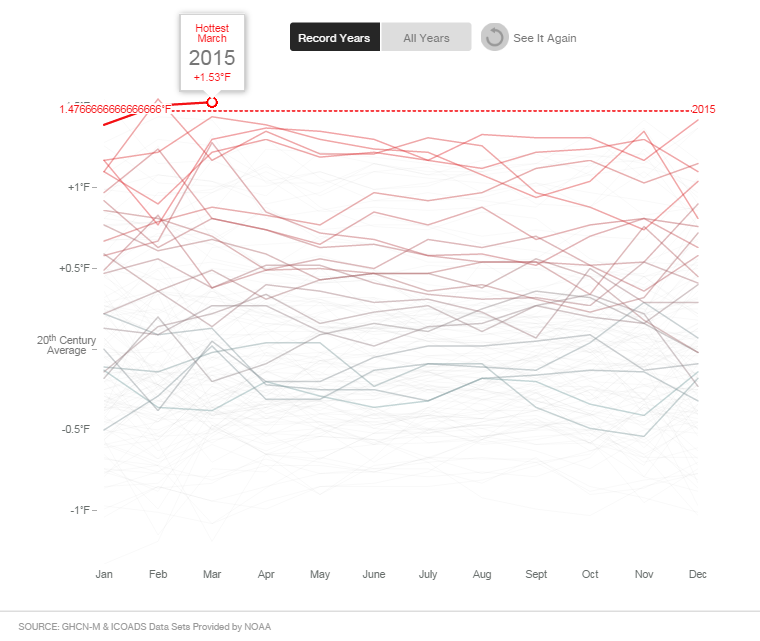